Ah, the Romance, the Exoticism, the Colonialism, the Breadfruit!

Breadfruit, Artocarpus altilis, is a strictly tropical-growing tree in the same family that includes figs, mulberries, and Jackfruit, the Moraceae. It’s a fairly large, big-leaved tree that bears a starchy edible fruit. Originating in New Guinea and the Philippines, its wild ancestor was spread throughout the Pacific during the times of the great Austronesian and Polynesian ocean voyages, starting 3000 years ago. Breadnut, Artocarpus camansi, is still cultivated, especially in New Guinea for its edible seeds. The domesticated breadfruit is mostly seedless. The unripe fruit is eaten after being boiled, baked, roasted, or fried. It tastes somewhat like potato or bread. It's quite popular across Polynesia and many countries around the world where it is cultivated. 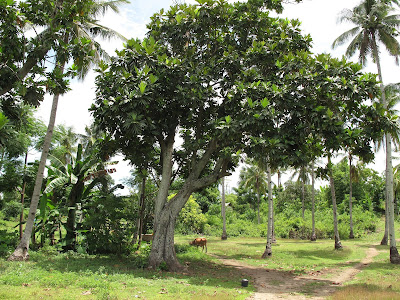 Breadfruit is also an example of botanical imperialism, as depicted in Mutiny on the Bounty. Young plants were transported by the British to the New World, providing an easily grown, calorie rich food for slaves working on the island colonies.﻿﻿﻿﻿﻿
﻿﻿﻿Breadfruit is quite adaptable in cultivation, but prefers rich, well drained soils in areas with high rainfall. It’s strictly tropical in its temperature requirements and won’t tolerate any but the mildest of cool weather. In some places it has escaped to the wild and has become a bit of an invasive pest.
﻿﻿﻿


Breadfruit is a very attractive landscaping tree. Its large, deeply incised leaves make a decidedly tropical statement. In the past, Breadfruit was nearly impossible to cultivate long-term in South Florida except in the most protected of locations. With increasing temperatures and mild winters, chances have greatly improved for success in warm locations near the coast. 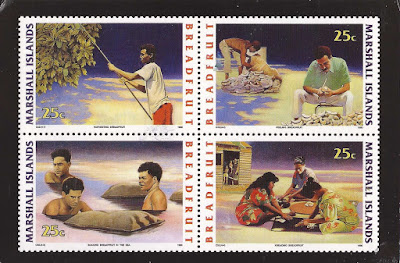